Scientists at Los Alamos National Laboratory have developed new
technology that they say could reduce emissions of methane, a powerful greenhouse gas, by up to 90%.

In work funded by the US Department of Energy’s Advanced Research
Projects Agency–Energy (ARPA-E), a team of three has devised machine learning codes that analyze the speed and direction of wind currents to trace methane leaks back to their sources.

The only real hardware involved is a small methane sensor developed
by a California startup, Aeris Technologies, Inc. — although the
scientists’ algorithms can be used to analyze the data coming off almost any gas and wind sensor, including, potentially, sensors attached to cars or drones.

Currently available methods to detect methane leaks, such as infrared
scanners, are cost-prohibitive at scale. The new technology raises the
possibility that a network of methane-sniffing sensors at oil and gas
facilities could be used to generate real-time methane leak maps, giving firms the ability to dispatch technicians to stanch leaks almost as soon as they occur.

Lead scientist Manvendra Dubey and his two Los Alamos team members, Bryan Travis and Jeremy Sauer, have already spoken with several potential commercial partners interested in working with them to commercialize the technology. The team hopes that their software — a type of machine learning code called a “neural net” — will be adopted widely by the energy industry.

“This is probably the most meaningful thing I’ve worked on since graduate school,“ said Dubey in a phone interview, recalling his days as a PhD student in atmospheric chemistry at Harvard, where he studied stratospheric ozone depletion. 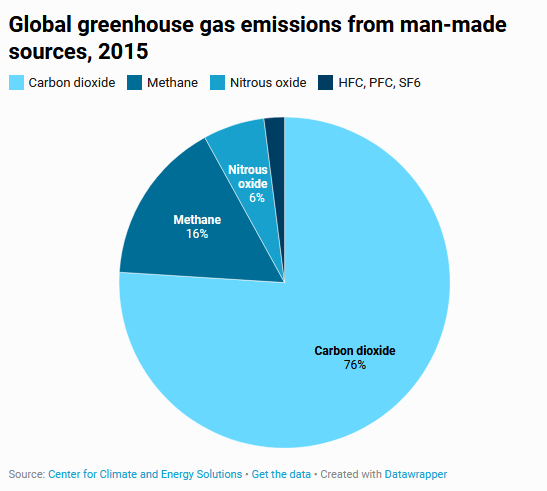 So far, the technology developed by Dubey and his team can estimate the location and size of leaks anywhere inside roughly 100 meters, although its accuracy will improve as the algorithms receive more “training” through virtual simulations and actual use.

The team published its techniques and findings from recent tests it carried out at a mock oil and gas facility in Colorado in a paper in Atmospheric Environment: X late last month.

Methane is responsible for around 15% of total man-made greenhouse gas emissions, with the energy sector producing some one-third of man-made methane emissions. (Other major contributors include the agriculture and waste management sectors; see below chart.)

As the US, Europe and China all commit to bold greenhouse gas emissions reductions, reigning in methane leaks has become a top climate priority. Yet the leaks are notoriously difficult to detect. Oil and gas production companies pump up prodigious quantities of methane as a byproduct in the search for natural gas, yet even the smallest crack or loose pipe fitting can send the gas spewing into the atmosphere. Odorless and colorless, leaks of methane can go undetected for months.

A sizable share of methane emissions also come from a practice known as “flaring,” in which excess methane is deliberately burned off into the atmosphere as CO2. The practice is widely criticized, largely because the flares often blow out as a result of high winds or other factors, thus failing to mitigate methane’s high warming potential. (Methane is 28 times as potent a greenhouse gas as CO2.) Although the Los Alamos team’s technology might in theory be less helpful in curtailing this problem — unlike cracks or loose pipe fittings, there are only so many locations for flares — it could still reduce the resources a firm would need to monitor for such faulty flares.

There is also broader potential. The team focused on methane, but their machine learning codes could also potentially be applied to a range of other atmospheric problems. For example, it may be possible to use the technology to trace back wildfire smoke to its original location, allowing early response teams to stop or minimize fires before they grow out of control.

Currently available technologies used to detect methane leaks are too expensive to use with great frequency; oil and gas firms will often check for methane leaks in a given area of their facilities only once every few months. When they do, it may mean simply driving around with infrared sensors that make methane visible to the human eye — hardly an ideal strategy.

But growing attention on the problem is galvanizing new solutions. A number of firms are now exploring the use of drones to continually monitor and scan for emissions. And in an even more recent development, a handful of startups are now scanning for methane emissions from space. That technique has proved effective at identifying very large leaks and offers hope that the biggest methane releases can be stanched. Still, even satellites might not pick up leaks until long after they spring up, since they are restricted by their orbital paths to scanning only certain corridors of the earth at any given time.

The key advantage of the software developed by Dubey and his team is cost. In theory, they believe, the costs are low enough to enable widespread adoption by the industry. 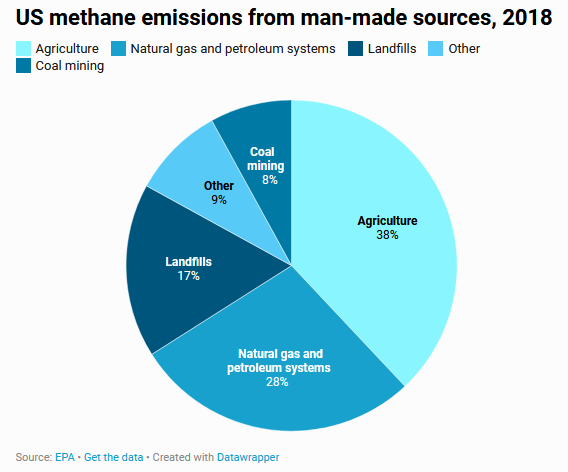 The oil and gas industry is ready to get on board. Unlike some aspects of their operations, a number of oil and gas firms, including the influential industry group American Petroleum Institute (API), aren’t vigorously contesting the public pressure they face to take action on methane emissions. Rising publicity around the issue threatens to further damage their public image, and they also have a financial incentive: methane may not be as lucrative as natural gas or oil, but it can still make plenty of money when sold on the market.

Still, some wonder how far the private sector is willing to go on its own in embracing new solutions, even relatively inexpensive ones. “The cost of reducing leaks can be pretty high, and the value of the gas not leaked is pretty low anywhere in the US,” said Robert Howarth, a professor and biogeochemist at Cornell University, in emailed comments. 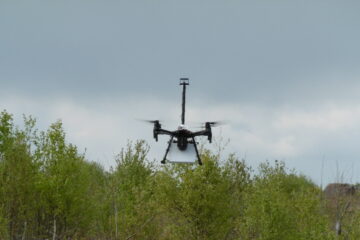 Congratulations to the team at Linköping University for their work on drone mapping of methane emissions! Methane and ethane measurements were performed by a <2 kg Aeris Technologies analyzer. Sensitive Drone Mapping of Methane Emissions Read more…

Video uploaded on the Youtube channel of the Los Alamos National Laboratory featuring the fruit of the collaboration between the LANL, Rice University, and Aeris Technologies Inc.